Mathematics is a collection of cheap tricks and dirty jokes.

In or about the year 1515 a professor of mathematics at the University of Bologna named Scipio del Ferro (1465-1526) solved the cubic equation x3 + mx = n, probably basing his work on earlier Arabic sources.  He did not publish his result but revealed the secret to his pupil Antonio Fiore.

Such discoveries were kept secret because Italian mathematicians competed for fame by challenging each other to mathematical duels.

In a minor duel, the loser would take the winner out to a fancy dinner.

A major duel would change the future of both challengers forever. The winner would have a better chance of getting a job teaching at a university, or tutoring the child of a wealthy noble. The loser could be fired from such a job, and become unhirable.

In 1526, Niccolo Fontana of Brescia (ca. 1500-1577) solved the similar cubic equation x3 + mx2 = n but of course kept the result as his personal secret. Fonatana was always referred to by his self-adopted nickname, Tartaglia (the stammerer) because of a childhood injury (from the French army invading his home town) that affected his speech.

Tartaglia was a brilliant, self-taught, and wildly ambitious man. His career started as a poor engineer. But he rose to fame after creating the first quality Italian translations of works by Archimedes and Euclid. (Tartaglia worked from uncorrupted Greek texts, unlike the scholars of the past two centuries who had been using corrupt Arabic sources.)

In 1535 Fiore challenged Tartaglia to a duel of 40 cubic equation problems in 30 days, believing Tartaglia’s claim was a bluff. Each mathematician provided "his type" of cubic equations with either mx2 or mx in the first term.

A few days before the contest ended, Tartaglia found a solution for cubic equations lacking a quadratic term.  He could then solve two types of cubic equations and did all 40 problems in 2 hours. Fiore could solve but one type, which was not the type Tartaglia had challenged him with, and lost the mathematical duel.

Cardano (in Latin, Cardan) and Ferrari

Geronimo Cardano (1501-1576) was an unprincipled genius. He studied at Pavia and Padua, receiving a doctorate in medicine in 1525. He was professor of mathematics at Milan, Pavia and Bologna—leaving each after some scandal.

In 1539, Cardano used false bribes of promised political connections to squeeze the key to the cubic form Tartaglia. Cardano promised to never reveal it, and only write it down in code! But Cardano shared the secret with his student, Ludovico Ferrari (1522-1565) and in 1540 Ferrari solved the quartic equation, which was like those cubic equations above but also with an x4 term.

Although Taraglia was given credit for his work, he was infuriated. His biggest advantage in mathematical duels was not public knowledge!

Ferrari dismissed Tartaglia's vehement protests by claiming that Cardano had received his information from del Ferro through a third party. Then Ferrari accused Tartaglia of plagiarism from del Ferro. This started an acrimonious dispute lasting three years, from which Tartaglia was perhaps lucky to escape alive (Ferrari was a famous dueler in more than mathematics).

Eventually Ferrari and Tartaglia faced each other in a mathematical duel in 1548. The challenge happened in Ferrari's city of Milan. Part of the dual was verbal, which further disadvantaged Tartaglia. Tartaglia lost the duel and his university job. He suffered ever after, and died penniless.

In 1563 Cardano published Liber de ludo aleae, the first study of the theory of probability. It also contained a section about how to cheat when gambling. Cardano ardent about gambling, but lacked the self-control to stop when ahead, and usually lived near poverty.

Ferrari, in contrast, enjoyed his job at the University of Bologna and remained famous and wealthy. Until his sister murdered him. Then she inherited his money, and two weeks later married her boyfriend. Who promptly stole the money and vanished.

Cardano was eventually forbidden to lecture or publish books. In 1570 he was imprisioned on a charge of having cast the horoscope of Christ. (At that time, the Catholic Church promoted astrology and horoscopes, and of course it had an official day and year for Christ's birth. Cardano had merely taken the logical yet sacrilegious step of putting those together. Unfortunately, the life trajectory and personality predicted by that horoscope was not at all Christ-like.)

In 1571 Pope Pius V granted Cardano an annuity for life. Cardano settled in Rome and became astrologer to the papal court. Cardano is reported to have correctly predicted the exact date of his own death—achieving this by committing suicide.

François Viète (1540-1603) took a position in 1564 in the service of Antoinette d'Aubeterre, employed to supervise the education of Antoinette's daughter Catherine, who would later become Catherine of Parthenay.

In 1570 Viète moved to Paris. He first published in 1571. Viète advised and solved codes for Henry III (1580-1589), and narrowly escaped being killed during the political transition from Henry III to Henry IV. Viète served Henry IV on and off from 1589-1602.

In 1590 Viète decoded military messages from Philip II of Spain, causing Philip II to complain to the Pope about French "black magic".

In 1591 Viète published In artem analyticam isagoge ("Introduction to the analytic art"), which introduced modern algebraic notation: using letters to represent unknown values, using the symbols + and =, and so forth. Much of the book’s algebraic content was already known to Arabic and Italian mathematicians, but only within the framework of being phrased in sentences. At the time it was miraculous, describing a powerful new way to handle cubic and quartic equations.

In 1592 Viète began doing lecture tours, the closest he ever came to being a professional mathematician. 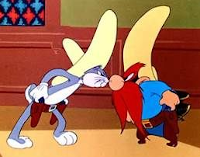 Challenge a classmate to a mathematical duel!

Agree on a wager. Announcing the winner during class, to receive all our applause, is sufficient.

(Having the loser take the winner to coffee or a meal is option. Destroying careers is going overboard.)

Agree on how a time frame. How many days will you have to create your list of challenge problems? And then how many days after that will the number of correct problems be due?

Naturally, you can only give your opponent problems that you can solve and know the answers to. Otherwise you cannot grade your opponent's paper at the end of the duel.